Where to go fishing in Northumberland

Northumberland anglers enjoy an array of choices from fishing reservoirs and rivers to coarse fisheries and sea marks.

River fishing is available from the mighty River Tweed in the North to the River Tyne in the south. Between these two there are the rivers Coquet, Aln, Wansbeck and Till, which all provide exciting opportunities to catch wild fish.

Something for the trout and salmon angler

The long history of fine fishing on the River Tweed and the Till means permits can be expensive although fishing permit prices are more reasonable on the River Coquet which is famous for its runs of Salmon and Sea Trout, the River Aln and River Tyne. The Northumbrian Anglers Federation, said to be one of the oldest Angling Federations in the UK, has access to some of the best salmon and sea trout fishing in the North East with permit holders able to fish beats on the rivers Tyne, Coquet and Till.

For stillwater trout anglers, Northumberland Water has fishing on two of its reservoirs including the 2,000-acre Kielder Water, a boat and bank fishery with a fleet of 15 fully-equipped motor boats and some 20 miles of shoreline along the Lakeside Way. Fontburn Reservoir, a smaller water with a reputation for being family orientated, offers fishing for both fly and bait anglers. Fishing with Northumbrian Water offers a range of benefits including a Loyalty Card scheme.

There are also many smaller stillwater trout fisheries including Caistron Trout Fishery, a 50-acre fly fishing lake stocked with rainbow trout and wild rainbow trout. Fishing is also available on the River Coquet, plus a small lake where worm fishing is permitted.

Thrunton Long Crag at Alnwick is a two-lake trout fishery whilst also in Alnwick is Chatton Trout Fishery. At Bomarsund is Sleekburn Water trout fishery whilst at Ponteland is Higham Lakes with its three trout waters. Fontburn Reservoir has become one of the most popular fisheries in the county thanks to its large trout population and the fact that any method of fishing is allowed from bait to fly fishing.

Chatton Trout Fisheries has three lakes set in 11 acres offering fishing for rainbow, brown and blue trout whilst South Linden Trout Fishery has two lakes, the larger being a fly only water with trout to 20lbs and the smaller being a bait water.

Coarse fishing on rivers in Northumberland is largely limited to the River Tyne. However, the Tweed, the Till and the Blyth are also noted for their grayling fishing.

Popular coarse fisheries include Felton Fence Fishery which has four lakes offering day and night fishing. Whittle Dene near Harlow Hill has three coarse fishing reservoirs whilst Angel of the North Fishing Lakes at Chester-le-Street has three mixed coarse lakes on a complex which is run by the Code of Angling Best Practice and Fish Welfare AA rules.

Formed in the early 1970s to save the former Tyne and Wear Council waters for public use, the Tyneside Anglers Alliance has fishing on Killingworth Lakes, Throckley Reigh in the Tyne River Country Park and a stretch of double bank fishing in the Tyne River Country Park. Clubs which are affiliated to the TAA also have access to these waters. Affiliated clubs include the Big Waters Angling Club which has fishing on a number of waters in Northumberland and even one in Cumbria and the Ryton and District Angling Club which has fishing on two lakes of its own. Other clubs include the four lake Wansbeck and Cramlington Angling Club;

Seahouses has a number of sea fishing trips on offer from the harbour for species including cod, ling, pollock and mackerel. Trips can cater for all needs from three hours for novices and families up to eight hour wreck fishing trips at some of Northumberland’s most famous wrecks.

Sea fishing is allowed without a license from Alnmouth beach and also downstream of the Duchess Bridge on the road into Alnmouth. At the end of summer both sea trout and salmon can be caught. upstream of Duchess Bridge until the River Aln reaches Lesbury. This stretch belongs to Alnwick Anglers and tends to be regarded as one of the best for catches and day, week and annual tickets are available. Fishing from Amble can be rewarding and fishing boats can be chartered from the harbour. Mackerel fishing trips are popular from June to September.

If you need to stock up your gear there are fishing tackle shops in Amble, Alnwick and Berwick upon Tweed. 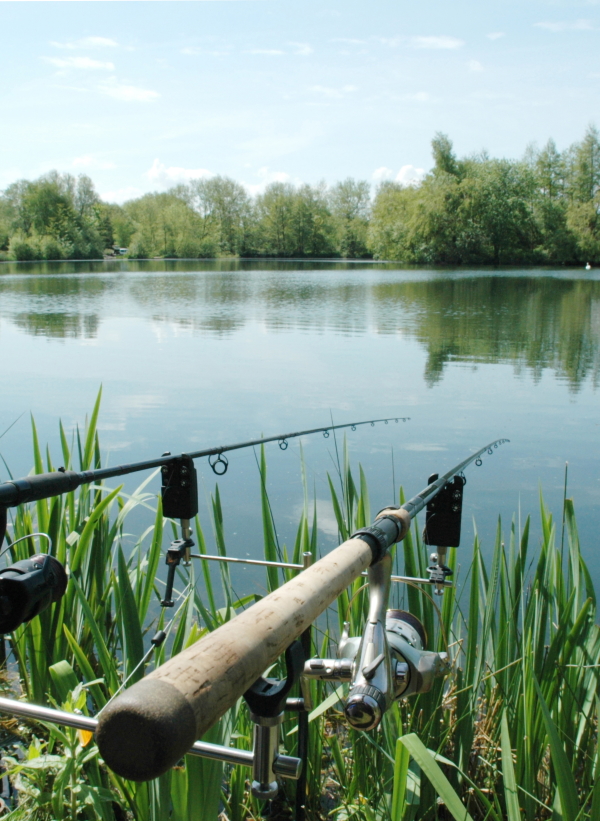 Northumberlands large selection of resevoirs and rivers provide fishing for both the trout and salmon angler.