Where to go fishing in Buckinghamshire

Featuring both the River Thames and the River Great Ouse, Buckinghamshire is also teeming with stillwater venues which provide fishing in beautiful surroundings.

Home to sections of two of our longest rivers

Buckinghamshire includes sections of two of the longest rivers in England with the River Thames forming part of the county’s southern boundary with Berkshire and the River Great Ouse flowing east through Buckingham, Milton Keynes and Olney.

The main branch of the Grand Union Canal which runs from Birmingham to London also passes through the county as do its arms to Slough and Aylesbury and disused arms to Wendover and Buckingham. The canal is such a notable feature of the county that it was incorporated into the landscaping of Milton Keynes when the town was developed.

A large part of the Chiltern Hills, an Area of Outstanding Natural Beauty, runs through the south of the county whilst to the north lies the rolling countryside of the Vale of Aylesbury making Buckinghamshire a country which not only provides a variety of freshwater fishing but also a county of great beauty.

Buckinghamshire is predominantly coarse fishing with some trout

Although the angling opportunities tend to be predominantly for coarse fish at a large number of well established commercial coarse fisheries and in the rivers and canals, there are a small number of trout fisheries. These include the delightful West Wycombe Park where a six acre lake is set in one of the Country’s most picturesque 18th Century English landscapes. The trout lake is overlooked by the main house, a stunning Palladian Villa, and the grounds contain many delightful temples, bridges and other features. The lake is the source of the River Wye, a delightful stretch of chalkstream which gives Wycombe its name. Needless to say the cost of fishing this piece of English heritage comes at a price!

A wealth of day ticket fisheries

For the more everyday angler there are a wealth of day ticket commercial coarse fisheries in the county and several angling clubs including the Milton Keynes Angling Association which has more than 50 miles of river banks to fish, over six miles of canal fishing and several lakes for a annual cost of less than a decent meal out for two.

As one would expect not only do some of the commercial coarse fisheries have their own on-site tackle shops but there are also well-equipped tackle shops in towns including Milton Keynes, Aylesbury, Uxbridge and Haddenham where staff are only too pleased to recommend venues and suggest best baits and techniques for whatever style of fishing you prefer. 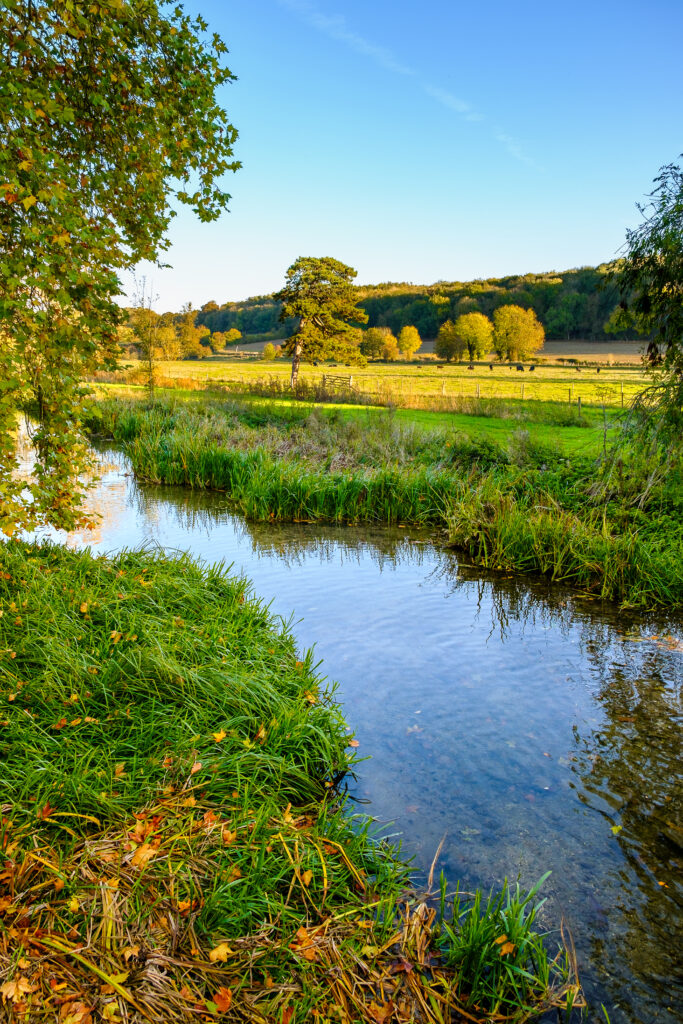 Both the Chiltern Hills and the Vale of Aylesbury draw anglers to Buckinghamshire's fantastic fishing locations.