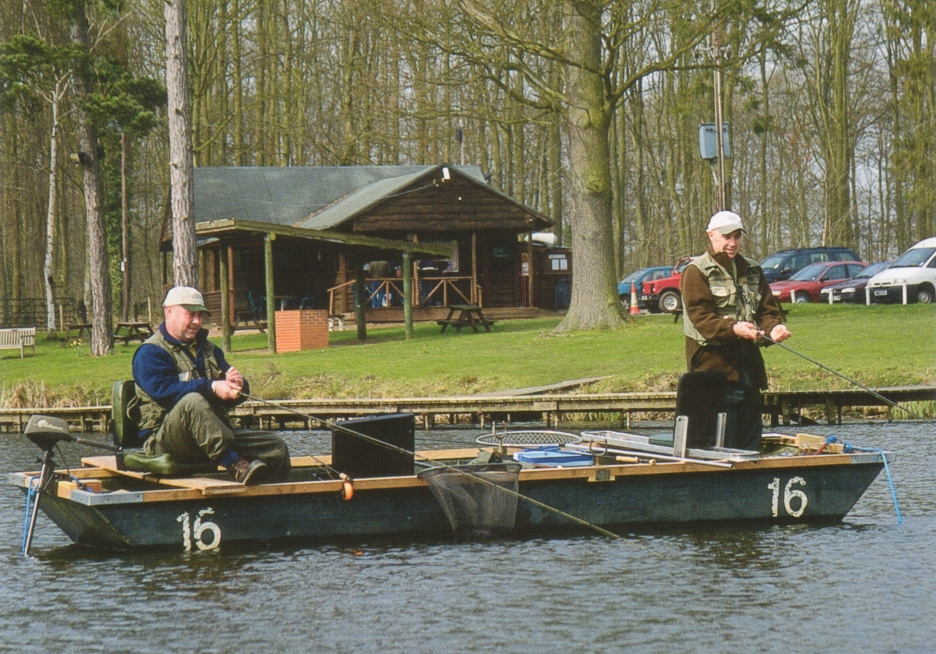 Set in grounds designed by Capability Brown, Patshull Park Fishery is part of Patshull Park Hotel, Golf and Country Club, which occupies around 250 acres of land that once formed part of the sprawling Patshull Hall estate.

The fishery’s 75-acre Great Lake, built in 1768, offers a mix of stillwater trout fishing, competition and day-ticket coarse fishing and syndicated carp angling depending upon the season. It is the largest stretch of stillwater in Shropshire, holding rainbow trout to just under 10lbs, brownies as big as you can eat at one sitting, pike and carp to over 30lbs and bream and tench into double figures. In addition, there are quality roach and perch. Fishing for trout starts in the first week of March when Great Lake is stocked with rainbow and golden trout to 10lbs. These augment the resident head of native brown trout.

Leading trout anglers speak highly of the quality of the venue. Bob Church fished Patshull Park for 25 years and Welsh International Shane Jones and ACA competition angler Rob Edmunds are fans of the fishery. In addition to the angling, they all praise the knowledge and friendliness of the staff who are always on hand to give up-to-the-minute help and advice on the best ways to fish on any given day.

Throughout the year both club competitions and Open Matches are held on the water, with bank fishing available from the hotel round to the far side of the Lodge Bay and boat fishing along ‘The Boats’ section where anglers are towed to their pegs in punts. The punts are then tied to stanchions driven into the lake bed. It’s worth the match entry fee just for the boat ride! For beginners or coarse anglers who have never tried their hand at fly fishing, it’s a great place to start. Tuition packages come complete with equipment hire, boat and one fish.

The Great Lake, the main water at Patshull Park is open for pike fishing during the trout close season, from the middle of October to the end of February.  Patshull is known for its Pike, Richard Bradley landed a beautiful Patshull Park pike, which tipped the scales at over 32lbs. It’s also got a good reputation for specimen carp – Nick Carrington landed a lovely 30lb Common Carp from Great Lake. In addition to the trout and coarse fishing, there is a 10-man carp syndicate on the Great Lake.

Another feature of the fishery is The Fishing Lodge where a range of game and coarse fishing tackle accessories, as well as hot and cold snacks and drinks can be purchased. But there’s a lot more to Patshull Park than just the angling. If you also like golf you’ll love Patshull ParkIf you also enjoy golf, Patshull Park offers the best of both worlds. The venue has it’s own 18-hole, 6,345-yard Par 72 championship golf course.

If other members of the family don’t share your enthusiasm for angling or golf, they can always relax in the hotel’s Health and Fitness Club. The club boasts two gymnasiums, a swimming pool and spa as well as saunas and steam rooms. Beauty treatments and sports massages are available from qualified on-site therapists.

Patshull Park offers a range of Special Breaks for anglers and golfers. The breaks are based on dinner, bed and breakfast, a minimum two-night stay and twin/double occupancy. A day’s trout fishing per night’s stay is included for angling breaks, a round of golf per night’s stay is included for golf breaks. Angling, Golf and standard Leisure Breaks include the use of the Health and Fitness Club and offer great value for money for anyone travelling from afar to fish or play golf at the venue.

The majority of the angling on the Great Lake is from boats because the banks in front of the hotel are too steep for comfort, the stretch along the golf course could leave anglers prey to stray balls and the far bank has trees down to the water’s edge for most of its length. This leaves waterside fishing either from the bank or jetties on the stretch between the hotel and the far side of Lodge Bay when viewed from The Fishing Lodge.

Despite being just over a mile-and-a-quarter in length, Great Lake is broken down broadly into just three main sections – ‘The Shallows’ at the furthest end of the lake from the Fishing Lodge, ‘The Deeps’ which run down the centre of the lake from the Fishing Lodge to the wooden bridge down the left-hand side used by the golfers, and ‘The Boats’ where competition coarse anglers are taken in punts to fish half-way down the far side of the lake. Click here for a larger size image of the map of the lake.

Fishing on Great Lake is predominantly for trout and for those new to the water the best way to start is either to ask staff at The Fishing Lodge where the fish are showing or simply to hire a boat and cruise round the lake looking for activity. All the Fishing Lodge staff at Patshull Park are keen anglers themselves and have in-depth knowledge and understanding of the fishery. Whilst staff will tell you how recent fish have been caught, the types of line and flies used, it is always best to go prepared.

Generally speaking, fishing from a boat using a slow sinking line and wet fly is best with the most popular colour patterns being olives, black, white, orange and yellow with the type of fly and colour depending on the time of year and the prevailing conditions. As a rule, a bright yellow Fritz, Olives and black flies generally work well although anglers can be catching fish within 50 yards of each other on different flies and lures.

Finding the right depth and angle are also obviously important, so it is again it is worth asking at The Fishing Lodge or experimenting until you find fish on the take. As with most other stillwater game fisheries, the best time of the year for the trout is early season, between March and mid-July when you will get as good sport as you will anywhere. As the weather gets hotter in late summer, daytime sport generally slows before picking up again towards the end of the season when the temperature drops.

Having said that, whatever time of year you visit Patshull Park there is no excuse for going home empty handed. In the unlikely event that you do blank, you can always buy a nice sized trout from The Fishing Lodge for just £2.40 – saving the need to make embarrassing excuses when you arrive home!

For coarse anglers, The Boats and The Shallows fish very well at the beginning of the coarse season until about mid-August when The Deeps come into their own. With Open Matches generally held on Sundays, coarse anglers can enjoy the delightful fishing to be had on Great Lake although they should telephone in advance to check dates and times.

However, it is probably as a pike and carp fishery that Patshull Park is best known in coarse angling circles, and with specimens running to over 30lbs there are some big fish to be had. Indeed, the biggest pike to be taken in the last couple of years came in at 32lbs 8oz and fell to Richard Bradley who fished a small live trout in Lodge Bay.

Most popular methods for taking the pike are to fish either a live or dead bait, but anglers should note that live baits must be purchased from The Fishing Lodge. Dead bait must be dead sea bait. This is to prevent the risk of spreading infection to the fishery from other waters. Patshull Park supplies small trout about four inches in length as bait.

Open all year round, Bridge Pool is a one-and-a-half acre tree-lined lake reserved for coarse angling which offers 20-pegs and is perhaps most popular both as a carp water and an ideal venue for younger anglers. The tip of one of the arms of Great Lake which is cut off from the main stretch of water by the access road to Patshull Park, Bridge Pool holds about half-a-dozen carp around 26lbs, as well as a good head of fish in the 18lbs to 21lbs range and a larger quantity of fish under 10lbs. In addition there are good heads of roach and perch to 2lbs, plenty of rudd, bream to 5lbs and a few tench which anglers report go to 6lbs.

With depths running to about nine feet down the central channel by the bridge and an average depth of about six feet, the water is shallowest around the sides and at the far end near the inlet stream. Because of its depth, Bridge Pool is popular with both pole, whip and waggler anglers and fishes well on the drop, particularly in summer. Anglers who get the fish going on casters usually have a good day’s sport, particularly with the roach, rudd and perch. Those going after the carp – which are well-known for their quality – tend to favour red maggots, casters, corn and bread, the latter being a particularly good surface bait which fishes well all year round.

If you are interested in this Fishery then you may also like other fishing lakes in Shropshire including, Betchcott Lake and Chequered Lake.