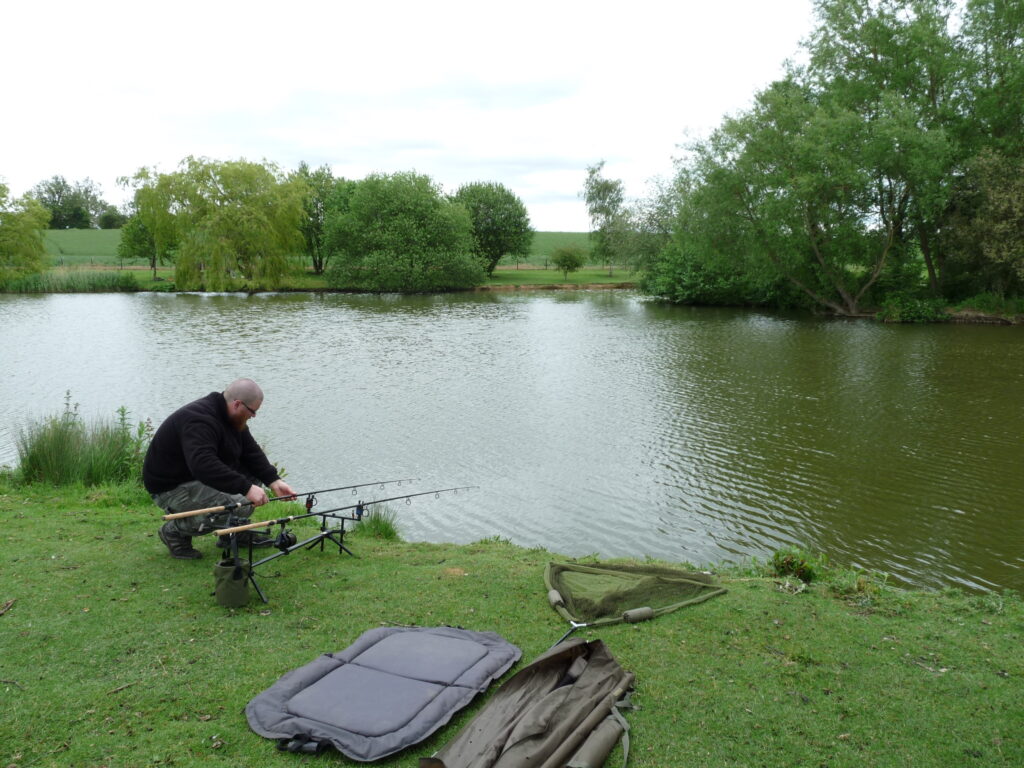 Hopsford Hall is developing a growing reputation as a leading Midlands carp and pleasure fishery with carp now being caught to over 30lbs and bream to an impressive 15lbs.

Attractive lake in a rural setting near Coventry
Day ticket fishing from 7.00am until 6.00pm
Night fishing by prior appointment
Carp to around 30lbs
Bream to 15lbs and perch to over 3lbs
Card payments taken
Flavoured boilies, pop-ups and particle baits for carp
Sweetcorn, meat and floating baits good in summer
Car park at the entrance end to the fishery
Suitable for pole, waggler or ledger 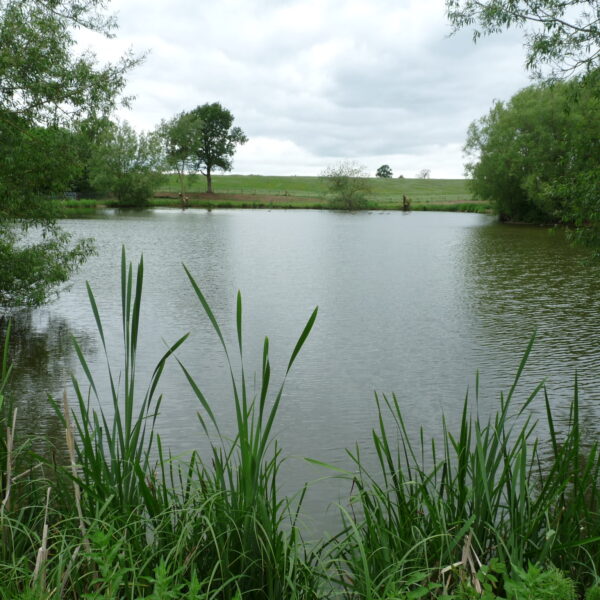 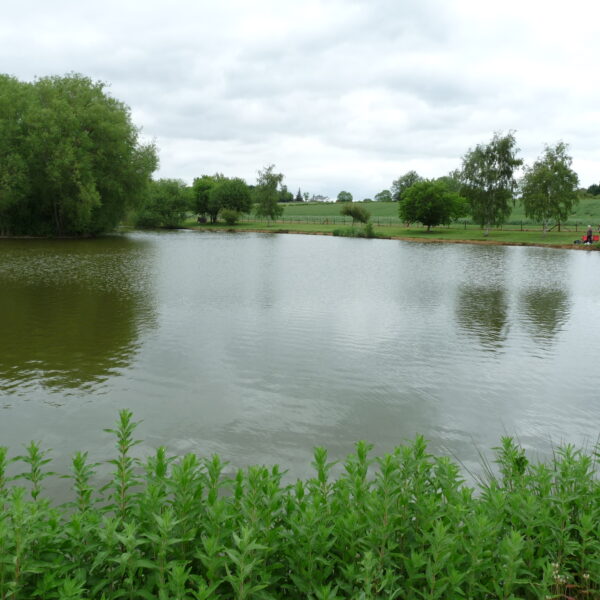 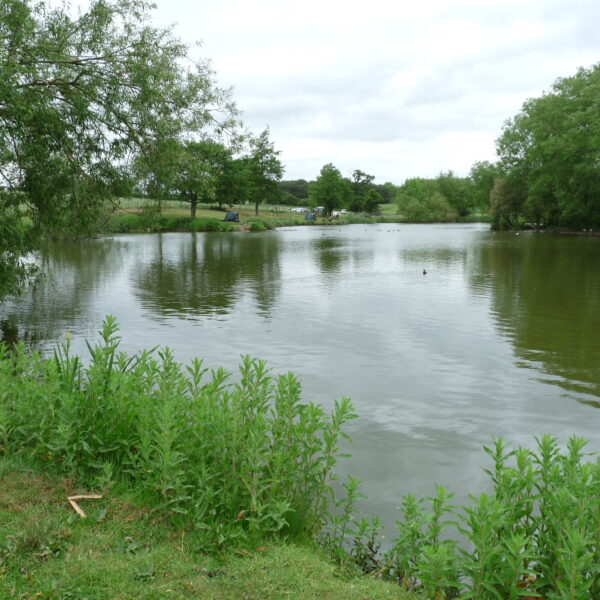 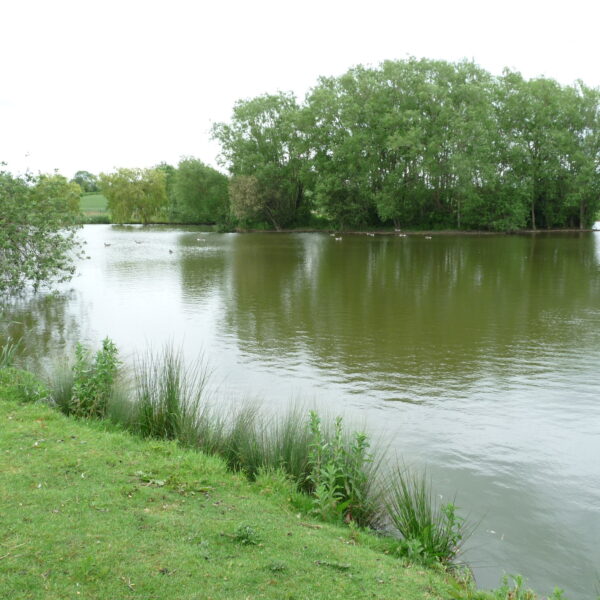 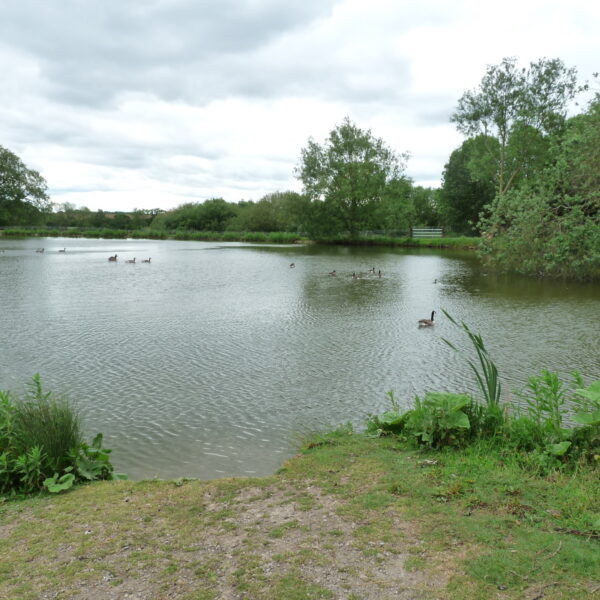 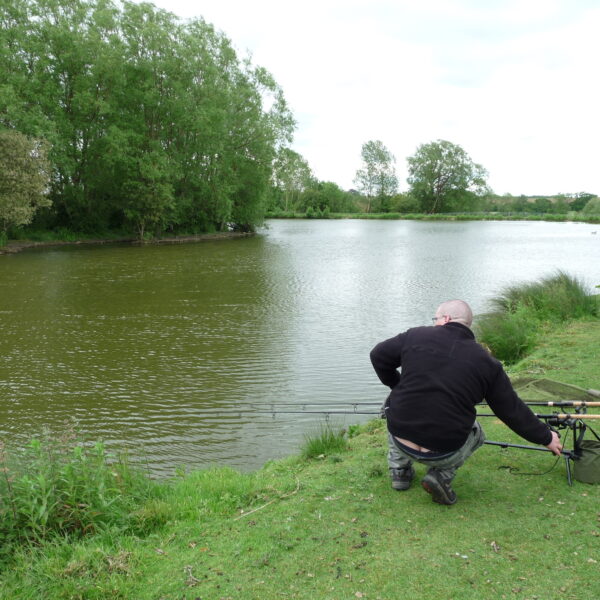 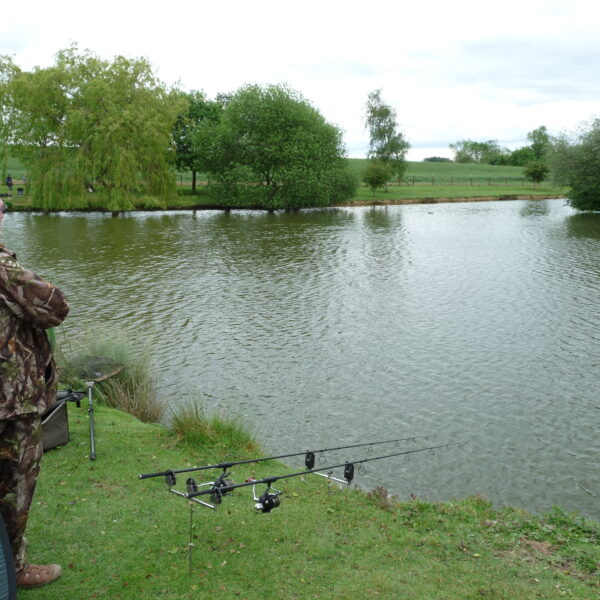 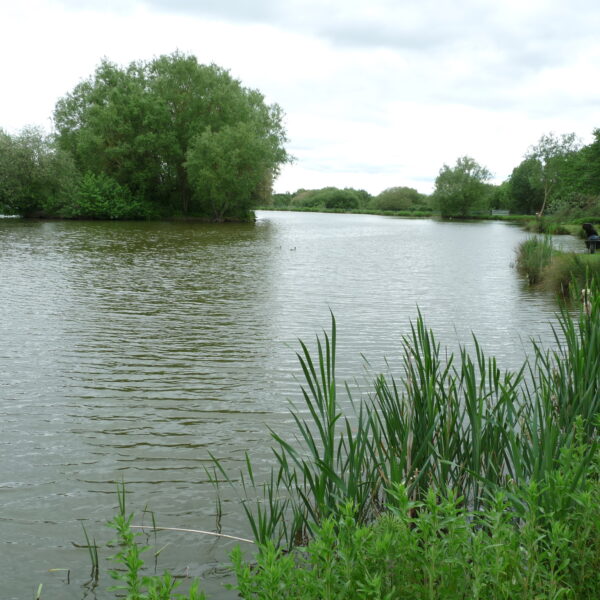 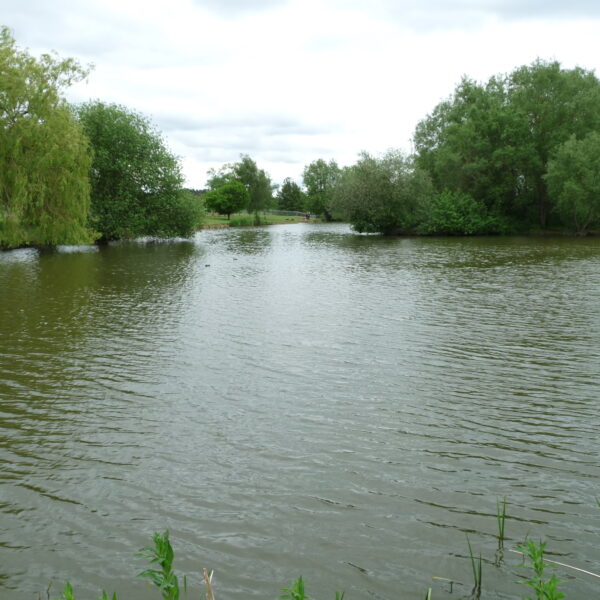 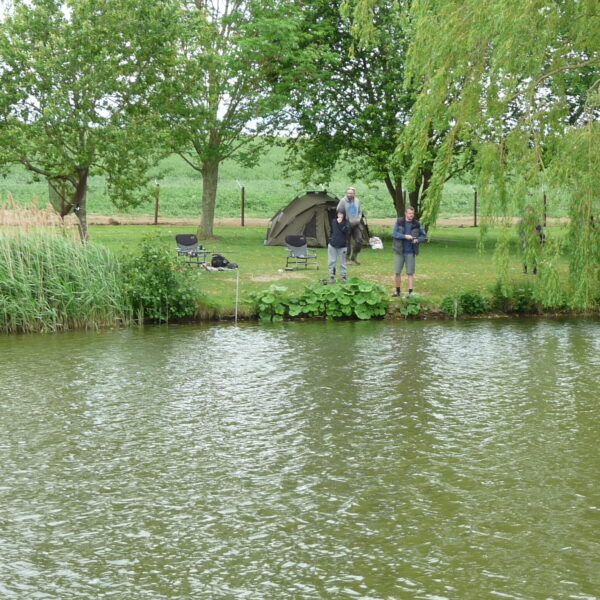 To be found in a delightful countryside location just outside the small village of Shilton to the north of Coventry, Hopsford Hall fishery looks like a typical old estate lake where the fishing has improved greatly over the past few years.

Those improvements are set to continue further following a great deal of ongoing fishery consultancy work which has thinned out the smaller fish to give the remaining stock the opportunity to grow on. During the past few years a lot of undergrowth around the lake was removed and over the 2019/2020 winter selective tree planting was undertaken to further enhance the appearance of the venue.

Deceptively deep – up to eight feet in parts at the dam end – the main lake is fed by a natural spring which leads to a high water quality and healthy fish. With plenty of bankside vegetation and a tree-clad island, it is a delightful looking lake which produces equally delightful fish.

Indeed, over the past few years Hopsford Hall lake has built a growing reputation for its carp and is now a popular haunt with an increasing number of anglers not only from the Coventry area but as far afield as Suffolk.

This is hardly surprising with mirror carp having been caught to 31lbs and commons to just over 30lbs. In addition, there are masses of mid-20s fish as well as good numbers of bream to an impressive 15lbs and perch to over 3lbs.

Night fishing must be booked in advance and Junior anglers under 16 must be accompanied by an adult. Dogs are welcome as long as they are not a nuisance to other anglers. 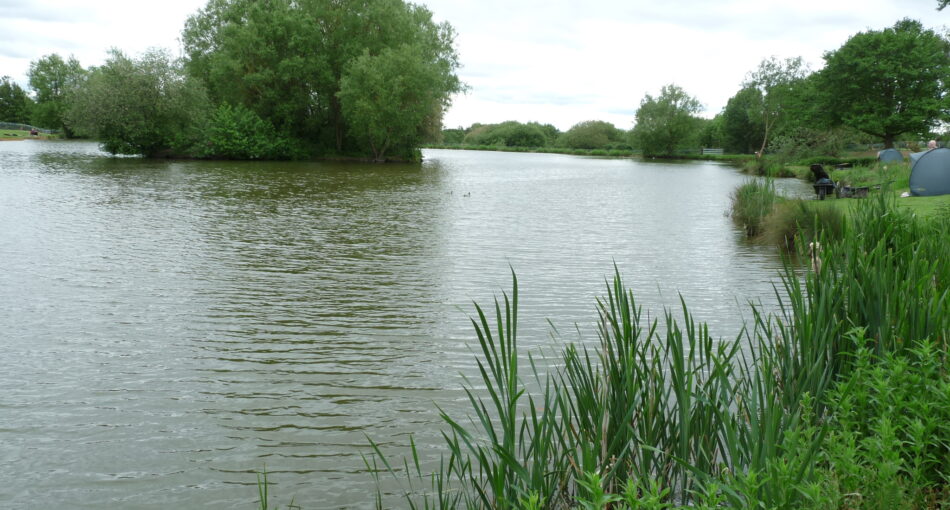 Depths vary greatly on this attractive three acre lake, ranging from six feet at the narrow end nearest the car park to six feet down the length of the lake and eight feet at the dam end. Although most anglers going for the carp used to fish from the dam wall at the far end of the lake, significant fish are now taken from virtually anywhere on the water, making all pegs productive.

There’s plenty to go for

And with with commons and mirrors taken to over 30lbs, ghosties between 12lbs and 28lbs and a few leathers/linears to 22lbs, there is plenty to go at. Indeed, a recent netting carried out on the lake showed there were in more than 350 carp between 12lbs and 30lbs.

The biggest fish to come out of Hopsford in recent years was a 36lb common whilst last year fish of 31lbs and 30lbs were taken on separate occasions by two anglers from Coventry. A 31lb mirror was also taken by a lady angler from Suffolk. During 2019 the largest common to have been caught weighed in at 29lbs 7oz.

However, it would be wrong to regard Hopsford Hall simply as an out and out carp water because it also holds a good head of big bream, many running to between 9lbs and 11lbs with the biggest to have been caught in recent years weighing an impressive 15lb 7oz. The biggest bream tend to be taken by anglers fishing for carp with smaller boilies.

Then there are handsome perch to over 3lbs, which are generally taken from the deeper water off the dam, plus good roach between 2lbs and 3lbs.

Whilst many carp anglers use flavoured boilies, pop-ups and particle baits, more conventional baits work equally well with sweetcorn, luncheon meat and floating dog biscuits particularly effective in the summer months. Floating baits work well in the shallower parts of the lake when fished close to the marginal weeds.

Winter is good for boilies

It is in winter that boilies come more into their own. Generally effective throughout the year are sweetcorn, trout pellet paste, dog-food mixers, maggots and worms.

Most popular methods for fishing the lake for the silver fish are float fishing on rod or pole around the edges and legering in the deeper water.

Interestingly, it is worth taking the time to get to know this lake because the different species tend to occupy specific territories. The bream, for example, generally stay in the swims in the far right hand corner from the bridge, where the depth is around six or seven feet, whilst the carp are usually caught in the deeper water by the dam and along the bank between the overflow and the island. They are now also regularly taken from the shallower end by the entrance.

Head to the shallows for roach

Although the roach can generally be caught anywhere, they are more regularly taken in the shallower water as you come onto the fishery and the tench congregate in the shallow bays down the right hand side of the pool.

The fishery is open from mid-February until December 1. Card payments can now be taken on the bank and over the phone for fees and bookings

Hopsford Hall Fishery can be found to the north of Coventry.
At the traffic lights in the centre of Shilton, take the Wolvey/Hinckley road.
While still in the village take the first right into Withybrook Lane.
The entrance to Hopsford Hall fishery is about two miles down here on the right.
As you approach the lake you will see the entrance to the car park on the left.
Get directions on Google Maps

If you like the look of this fishery in Warwickshire then why not check out our other places to go fishing in Warwickshire including, Oakham Farm Fishery, Riddings Fishery, Ryton Pool, Seven Meadows and Stockton Reservoir.