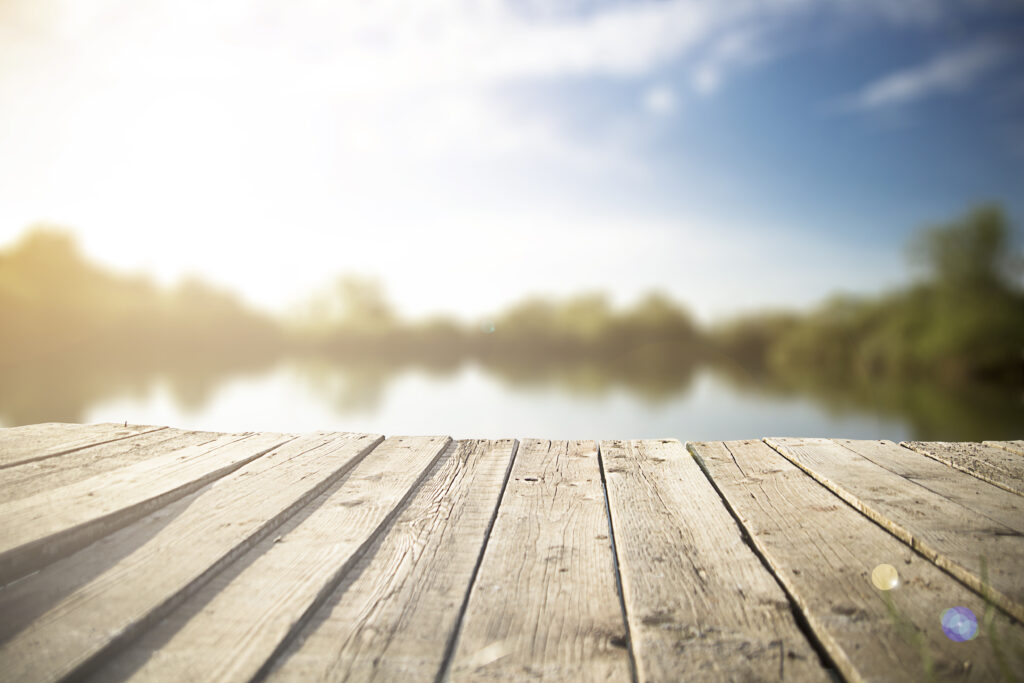 With three carp and coarse fish pools, a modern fully furnished self-catering three-bedroomed cottage and a Camping and Caravanning Club Certified Site, Ginger Hill Fishery near Haverfordwest in Pembrokeshire makes an ideal base for combining a family holiday in rural Wales with a spot of fishing. Within easy driving distance of beautiful beaches, Ginger Hill comprises a total of 30 acres of pastureland of which about 10 acres is woodland.

The self-catering accommodation – The Clove – is a modern three-bedroomed cottage with central heating which sleeps up to six people and has a fully-fitted kitchen and spacious lounge downstairs. Upstairs there is a double bedroom and twin bedded room together with a smaller third bedroom with bunk beds, plus a modern bathroom with bath, shower, toilet and washbasin.

Eleven of the spacious and private caravan/tenting pitches have electric hook ups with a choice of hard standing or grass pitches. The pitches are only a short walk from Middle Pool and Large Pool. In addition, there are ladies and gents toilets and hot showers on site.

Meanwhile, large clearings in the 10 acres of woodland (right) give those with tents a wide choice of spots to pitch their tents and ensure that you are never too close to anyone else. Visitors to Ginger Hill also have the opportunity to camp at the neighbouring Oakvale Caravan Park at Spittal, about four miles from Ginger Hill, which is run by the same family.

When it comes to the fishing there is a variety on offer ranging from fishing for good sized carp in all three pools including Small Pool (left). Large Pool, which until 2009 was predominantly a trout water stocked with rainbows and brownies, is now being developed as a carp pool following the introduction of a mix of mirrors and commons between 3lbs and 9lbs which have augmented the existing stock of carp which are now known to run to between 15lbs and 18lbs. There are also similar sized fish in Middle and Small Pool.

All three pools at Ginger Hill are available on day ticket whilst there is no charge for the fishing for guests who book for a minimum of a week.

Despite being just over an acre in size, Large Pool is surprisingly deep having been purposely built on a former marshy area in 2002 as a trout only water.

With sides which slope at about 45 degrees, because Large Pool was originally developed as a trout water where a good depth is required, between 16 and 18 feet of water can be found in the centre.

Grassy banks accessible to the disabled

In developing the pool, owners Richard and Julie Mathias have strived to make the water as natural looking as possible, and because of this there are no hard standing pegs or fishing platforms. Instead, anglers are left to fish where they want from the grassy banks which in parts are suitable for disabled anglers in summer.

Large Pool was originally stocked with a mix of rainbow and brown trout with about two thirds of the fish being triploid rainbows and the balance brown trout. However, the pool is being redeveloped as a carp water with more than 100 carp between ranging in size between 3lbs and 9lbs having been introduced in 2009 to augment the existing fish which now run to 18lbs.

Anglers will still be able to fish for the trout which remain in the pool, with all techniques being allowed. Because there is a large variety of aquatic life in the pool almost anything goes although traditional wet flies fished on a dry fly line work well. These include Mallard and Claret; Black and Peacock; and Black Tennell. On sunny days it may pay to fish deeper using leaded patterns.

However, most anglers who fish Large Pool want to enjoy a relaxing time by the waterside fishing for the coarse fish and again all techniques work well, although it is advisable to use a minimum of 8lb line because in 2010 several anglers fishing lighter tackle were broken by the bigger carp which are growing quickly and showing in greater numbers.

Ever popular is fishing with a float in the margins or up to a couple of rod lengths out whilst fishing ledger tackle in the centre of the pool have all given good results with worm and maggots being the preferred baits along with luncheon meat, sweetcorn and bread baits.

Other baits and technique

In addition to the carp, Large Pool also holds good stocks of crucian carp, tench and rudd as well as a few bream.

At about half an acre in size, Middle Pool is almost circular in shape with few features and banks which again drop at about 45 degrees to the bottom where a maximum of between six and seven feet of water can be found, making it an ideal venue for both pole and waggler fishing.

Once again Small Pool has no defined pegs with anglers being able to fish where they want from the grass banks.

Well stocked with carp, now up to 20lbs

The water was stocked early in 2009 with common and mirror carp between 3lbs and 9lbs. Although these have not been fished for very much as yet they are regularly fed and said to be growing quickly and are in addition to a small number of bigger carp which were stocked a few years previously and which are now starting to nudge 20lbs.

Although the fish in Middle Pool may not yet be particularly large by national standards, they have impressed the anglers who have caught them because they are a broad-back strain from a German monastery which makes them not only impressive to look at but also capable of putting up a good account of themselves. As a result it pays not to fish too light – although heavy carping tackle is not yet required!

Numerous crucians and tench to go for

In addition to the commons and mirrors, Middle Pool also holds good numbers of crucian carp and tench and is ideal for both pole and waggler anglers and because it has not been fished much as yet it pays to experiment a little with baits, although the fish which have been caught have fallen fairly readily to maggots, worm, yellow sweetcorn, luncheon meat and bread. Once again surface fishing can be productive in warmer weather.

Because the fish are still not used to anglers, heavy groundbaiting or the feeding up of swims is not necessary so the secret is to feed little and often to attract fish into your swim and then keep them there.

Whilst the kidney-shaped Small Pool may be less than half an acre in size, its bankside cover, small tree-lined bay and smattering of water plants will appeal to those who like more intimate, natural looking waters where they can nestle down behind bankside vegetation and sink into their surroundings.

In common with the other two Ginger Hill Fishery waters, Small Pool has banks which drop at 45 degrees to the bottom, although it is slightly shallower than Middle Pool with a maximum depth of about five feet.

Mostly 4-5lb carp, with some being much bigger

Again stocked with common and mirror carp which were introduced a couple of years ago at around 3lbs, the fish in Small Pool have been fed regularly and are now between 4lbs and 5lbs in weight. Small Pool also holds a handful of much bigger carp which now weigh between 15lbs and 20lbs.

Despite being a pretty little water, Small Pool has been little fished. However, because of its size and depth it is an ideal whip, pole and waggler water with no marked out pegs but enough space on its grassy banks to accommodate between six and eight anglers with ease.

Those who have fished Small Pool so far have caught on float fished maggots, worm and casters, although sweetcorn and luncheon meat can be expected to be readily taken, especially when fished over a bed of hook samples and a few 4mm coarse fish pellets. Feeding little and often is again thought to be the best way to build up a swim and get the fish going.

Sturdy carp tackle is again not required with Size 12 to 16 hooks and 4lb to 6lb line expected to be enough to deal with most eventualities, although the bigger carp will make mincemeat of light tackle unless they are played carefully.

Fishing is free for residents/campers who stay at Ginger Hill Fishery for a week or more.

Ginger Hill Fishery can be found to the north east of Haverfordwest in Wales.
Travelling from England, make your way onto the M4 motorway and head west towards Swansea.
At the very end of the motorway follow the A48 and then the A40 until you pick up the signs of Haverfordwest.
Just as you enter the town there is a roundabout where you can go straight on for Haverfordwest or turn right onto the B4329 for Crundale and Scolton.
Take this right turn and shortly after you pass through Crundale you will see the entrance to Ginger Hill Fishery on the left
Get directions on Google Maps

If you like the look of this Fishery, then why not check out other fisheries and fishing holidays in the UK.